A classic from childhood Saturday mornings 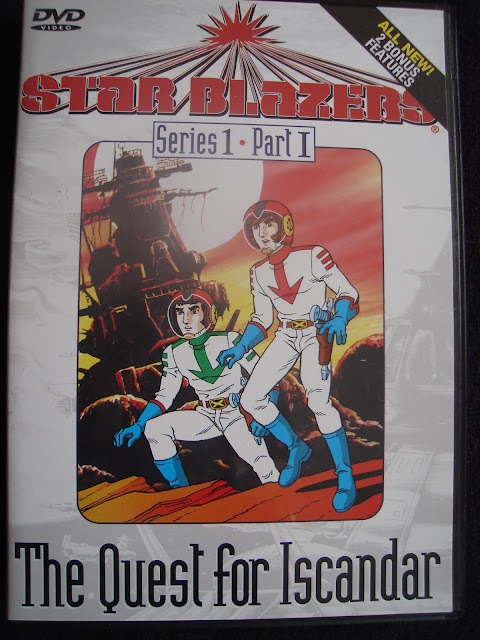 This was shown in small episodes on Saturday morning reruns. I can't say it had a profound influence on my life or anything, but it is good - if lite - entertainment. At some point, we all need gorgeous bug-eyed enigmatic women to save our planet, don't we? Especially if they are offering us free engineering solutions to win our war against Ming the Merciless of Planet Mongo. Oops, I mean Desslock and the Gamilons, supported by Grand Moff Tarkin. Whatever.

So, what does this post have to do with Starfire? Well, the unavailability of Starfire miniatures at the time had me looking for an alternative to play Starfire rules in miniature. I wanted a very small, quick project, and this was the right one.

Star Blazers Wiki [HERE] explains the video distro - useful if you want to find/buy it.

My order was from 08-29-2014, as the flat-rate box shows. It is focused primarily on the first few episodes with some space battles between Earth Defense Forces [EDF] and the Gamelons. It is easily among the most realistic space battle footage ever. Ha ha, just kidding, but it is fun and there is some maneuvering of the ships and blaster / missile action along the way.

Below, is the entire order. A bunch of physically small ships with just a couple of exceptions. My concept was to run a series of likely battles and encounters, and transports, minelayers, tankers, provide a great excuse for lots of encounters. Originally was going to use Starfire without any changes, as most weapons are there, including fighters and carriers. Of course, the Argo always provides a number of exceptions to any rule set, except maybe Battlefleet Gothic, which has a 40K equivalent of the Wave Motion Cannon. 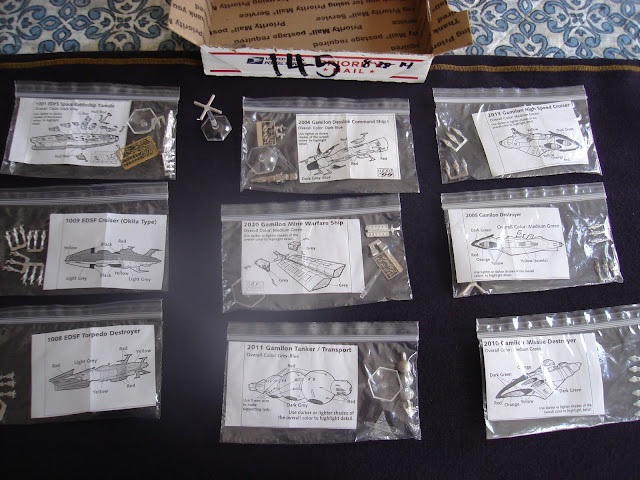 Larger ships like the argo are multi-piece and need some assembly. Delicate bits like the photo-etched parts come on a common sprue so there's a diagram of the sprue parts you need to use. Obviously, these might be a bit delicate for fat-fingered gamers at conventions, but the intent is more for 1-on-1 games on a small table, much in the style of Starfire, et al. 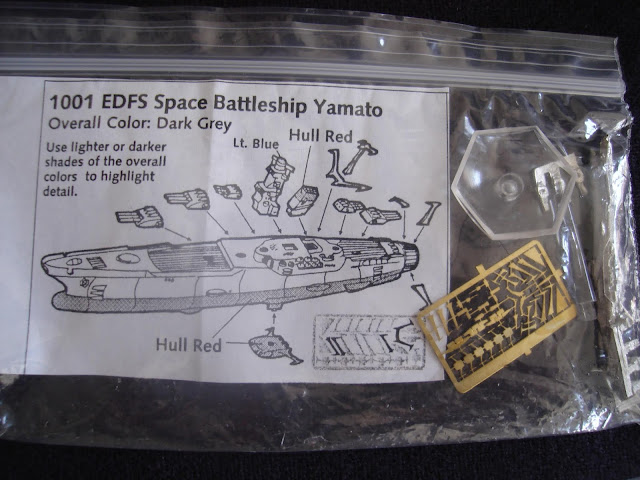 I love this ship - don't know why! May have to swipe some photo-etched parts from the sprues of other models. It is a lot smaller than I thought, and in the TV series is called a "battleship". 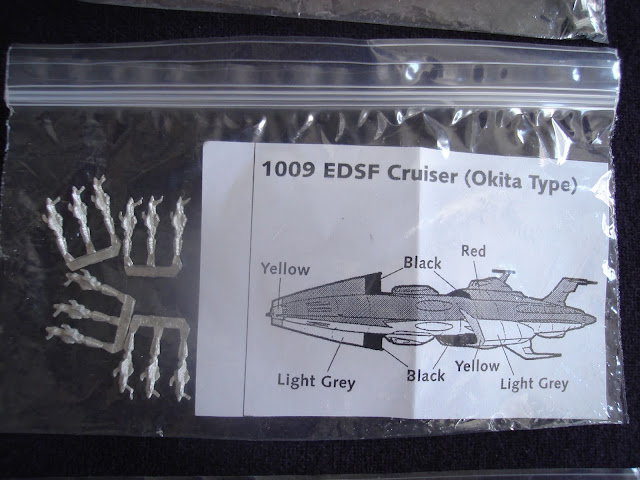 Alex Wildstar's TD, an escort of them is in the Pluto battle. They all get wiped out. 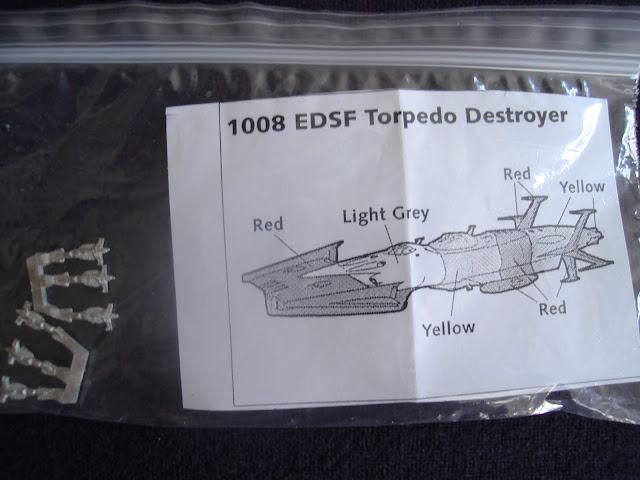 Just imitating Desslok's voice is fun - can't have Star Blazers without him! His ship is pretty cool. 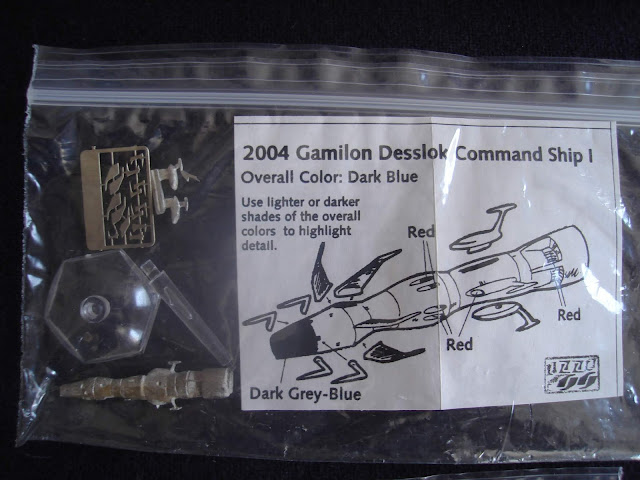 This looks like another interesting model to have on the table. Clearly different, obviously a support ship, I think it will work well. 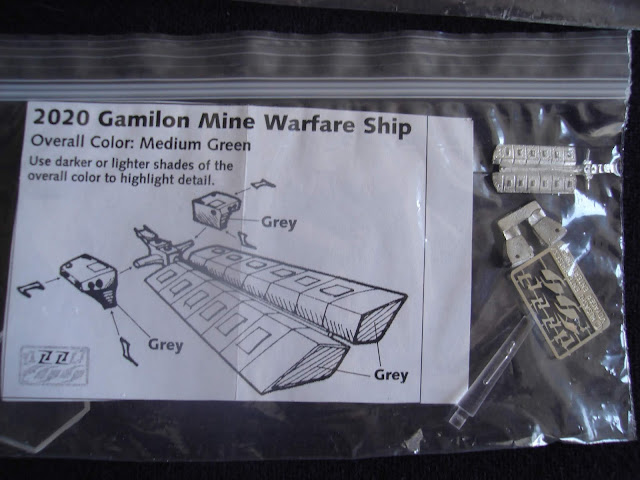 Perfect!  All it needs is "Exxon" written on the sides! 1mm wire was NOT included, meh. 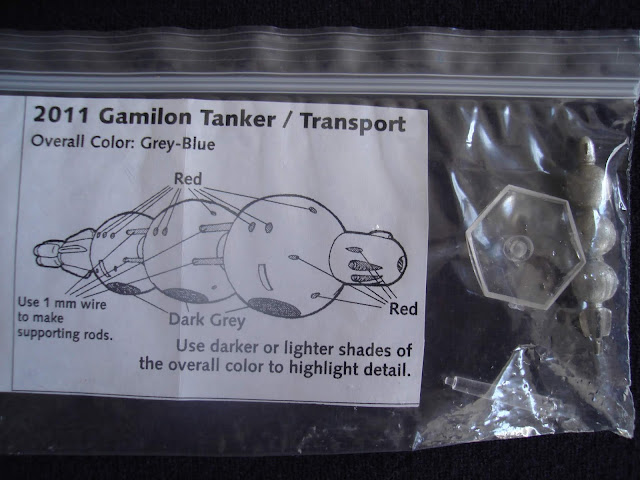 I like nearly all the Gamilon ships. If I could get these little ones in 2" versions, I might have put up the money, but that would be a larger-scale of ship game. 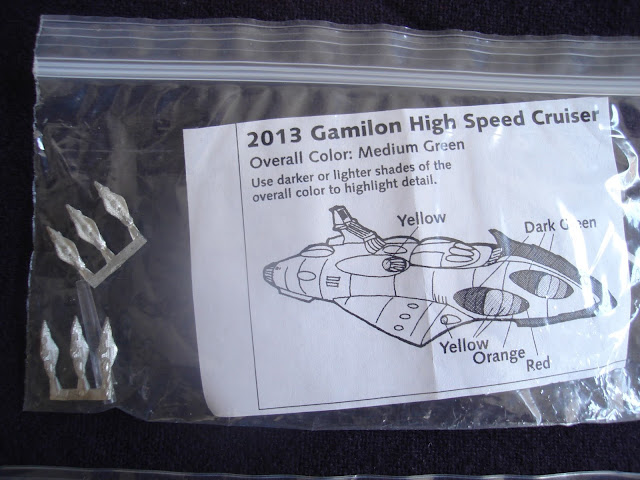 Uncertain if this is supposed to be more or less powerful than the high speed cruiser above - but hey, they are aliens so we can't insist they adhere to Jane's. 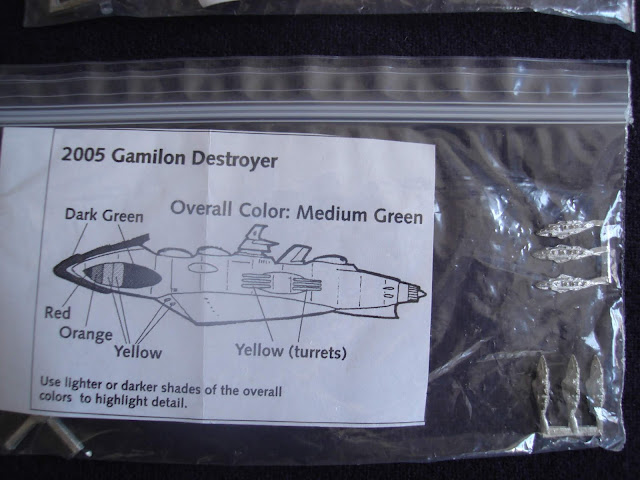 Nice small ship. Great opponent for the EDSF TD above. 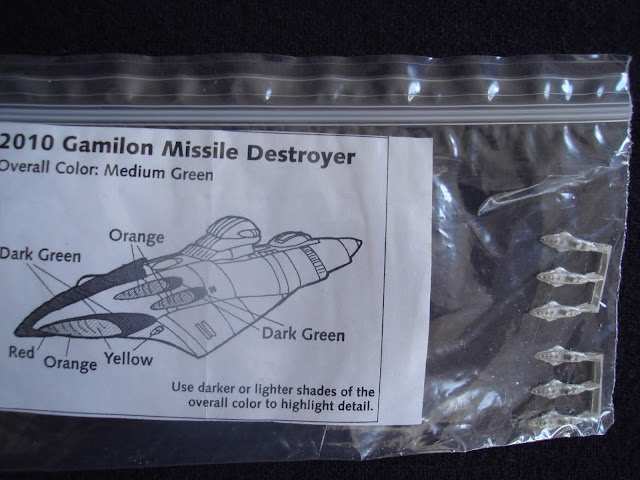 These are, well, just too big. Dunno what I'll do with them. Wish I could sell them back or get a discount for not taking them. 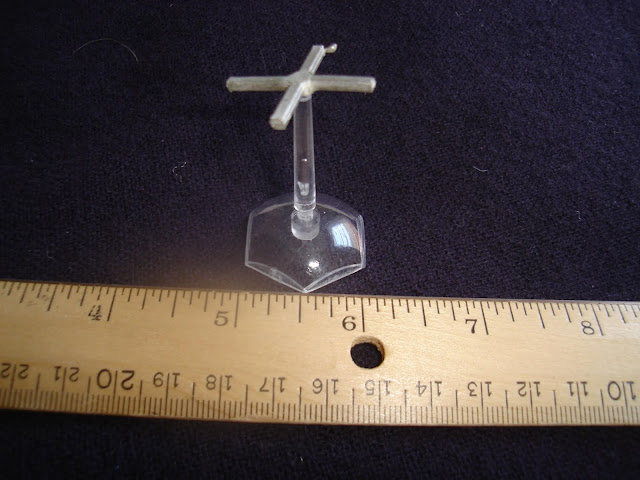 Generally, the "capital ships" are 1.25-2" long. The minor ships are about 0.5". This makes them perfect for 1" hexes if there is zero stacking or they are mounted in groups. I plan to fight them individually as a pocket game in the TFG / Metagaming tradition. 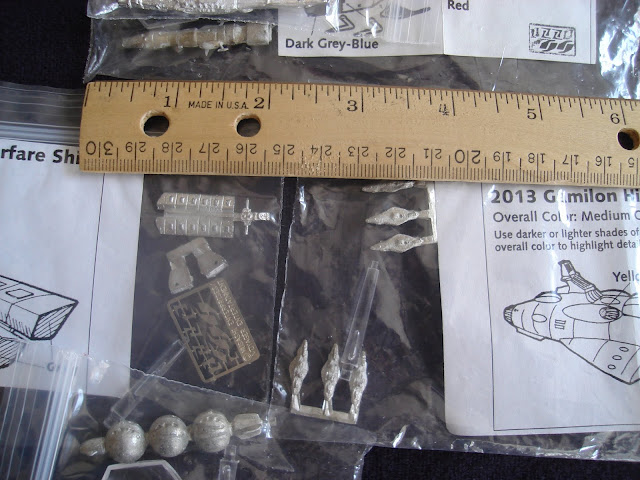 This order was about $40 shipped and I think offers a nice balance of cost, prep time and game possibilities. I'd recommend this all and watching the series as light entertainment and a kitchen-table setup for space battles. If you are into small-table games [or have to be] then you should check out this genre and this line of miniatures!

The alternative is to go "big ship" and field mostly battleships in the 2" range, and multi-mount all the smaller ships in groups. this would increase the cost to about $100 for two battle lines, but would be a lot easier to see on a larger table. With the fragility of the models, I'm uncertain this is the right choice for a club night. For that, I'd rather use the Wizards of the Coast Star Wars ships instead.

Well, the project has languished for six years. It shouldn't take very long to get them cleaned and ready, so there's not much of an excuse to wait!
Posted by Queen Catherine at 12:09 PM